Resident Anthony Brewster checks to see how much water is in Nanwalek’s storage tank. The village has been on a boil water notice for weeks. 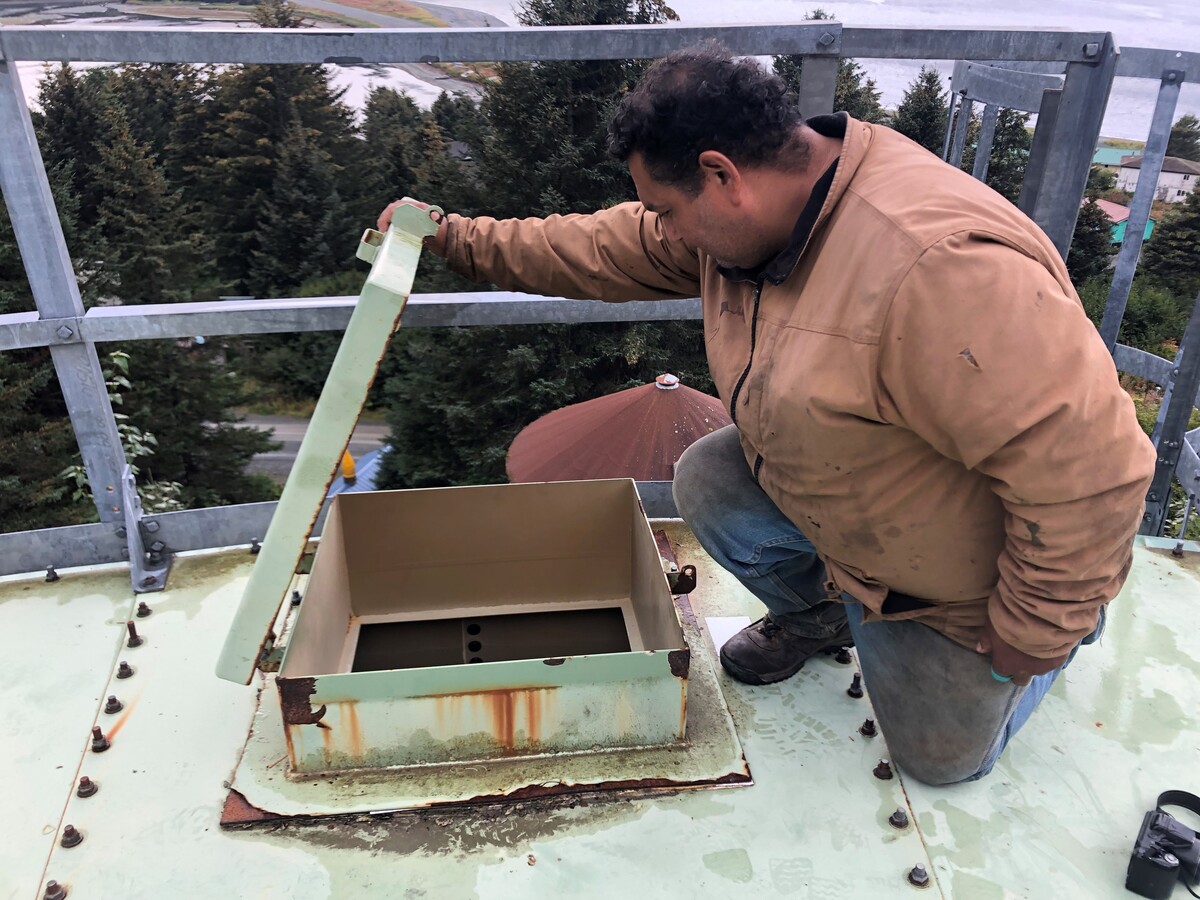 Resident Anthony Brewster checks to see how much water is in Nanwalek’s storage tank. The village has been on a boil water notice for weeks.

Residents are desperately trying to conserve water in the Native village of Nanwalek, located on Alaska’s Kenai Peninsula south of Anchorage. The village, home to the Sugpiaq tribe, is currently in a severe drought.

Nina Kvasnikoff’s family is eating off paper plates, collecting water from the ocean to flush toilets and washing themselves with sponges.

Last month, Nanwalek officials started shutting the water off for 12 hours every night, and the state has issued a boil water notice. But recently, Kvasnikoff decided she had had enough of the extreme conservation. She and her family jumped on an airplane to the nearest city for a break.

“So that’s a lot of money to do that but you do what you have to do,” she says.

Kvasnikoff says she grew up without running water but at least back then, fresh water felt plentiful. Not so, anymore.

The village of Nanwalek usually receives roughly six inches of rain each summer, but this summer, it has only received about one and a half inches.

John Kvasnikoff is the village’s chief and Nina Kvasnikoff’s brother-in-law. He says Nanwalek’s leaders realized its reservoir was running low about a month ago due to lack of rain and low snowpack.

“We really didn’t have a plan but then we started calling these agencies and [saying] look we’re running out of water,” he says. 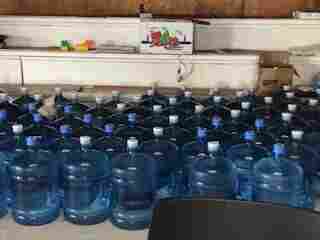 The Kenai Peninsula Borough shipped in hundreds of gallons of water for Nanwalek residents as the water crisis worsened.

Local agencies, communities and the borough government have flown and barged water to the village. He says the water has gotten low before, but it hasn’t caused an emergency since 2003. Kvasnikoff adds that the village’s growing population of roughly 300 residents, and old leaky pipes aren’t helping.

“We’re in line to get a new water system to replace all the old beat up water line that we have now,” he says.

The village is considering increasing the size of its reservoir and raising funds to buy a reverse osmosis machine so residents could purify water from the ocean for drinking.

A summer of record-breaking heat

“The warming climate will mean that we will want to be prepared in the future for these kinds of events,” says Rick Thoman, a climatologist with the International Arctic Research Center at the University of Alaska Fairbanks.

This summer, areas across the state have seen record heat and dryness, and the heat isn’t just affecting people.

“So this summer, we saw reported from all around the state, reports of dead salmon and unspawned salmon,” Thoman says. “This could be due to a lot of reasons, but the obvious thing is the water. In many rivers it was extremely warm.”

“I want to stay,” she says. “I want to help my parents because I haven’t been home for quite some time and would like to spend some time with the elders.”

But she says if she can find a job elsewhere, she’ll take it.

“I also do want to be in a place where there is some water, and I don’t feel bad about drinking it or taking a shower,” she says.

Moving is something that some other Nanwalek residents, including Nina Kvasnikoff, are considering. She says her family has been living in the area for generations and her Sugpiaq culture is deeply tied to this land. But this summer changed things for her.