Andra Day (c) reacts after being named winner of the Best Actress – Motion Picture Drama award for ‘The United States vs. Billie Holiday’ via video by Joaquin Phoenix onstage at the 78th Annual Golden Globe Awards held at The Beverly Hilton and broadcast on February 28, 2021 in Beverly Hills, California.

Andra Day made history at Sunday’s Golden Globes, becoming the second Black woman ever to win Best Actress in a Motion Picture – Drama for her portrayal of music legend Billie Holiday.

Making her acting debut in “The United States vs. Billie Holiday,” Day follows Whoopi Goldberg, who won the award for her performance in 1985′s “The Color Purple.”

A visibly stunned Day thanked God, her family, the cast and crew of the film, her fellow nominees and “the amazing, transformative, dynamic Billie Holiday, who just transformed me with this role and with her presence and with her spirit.”

“The United States vs. Billie Holiday,” directed by Lee Daniels and currently streaming on Hulu, follows Holiday through years of surveillance by the federal government, who weaponized her struggle with drug addiction to advance the misguided war on drugs. 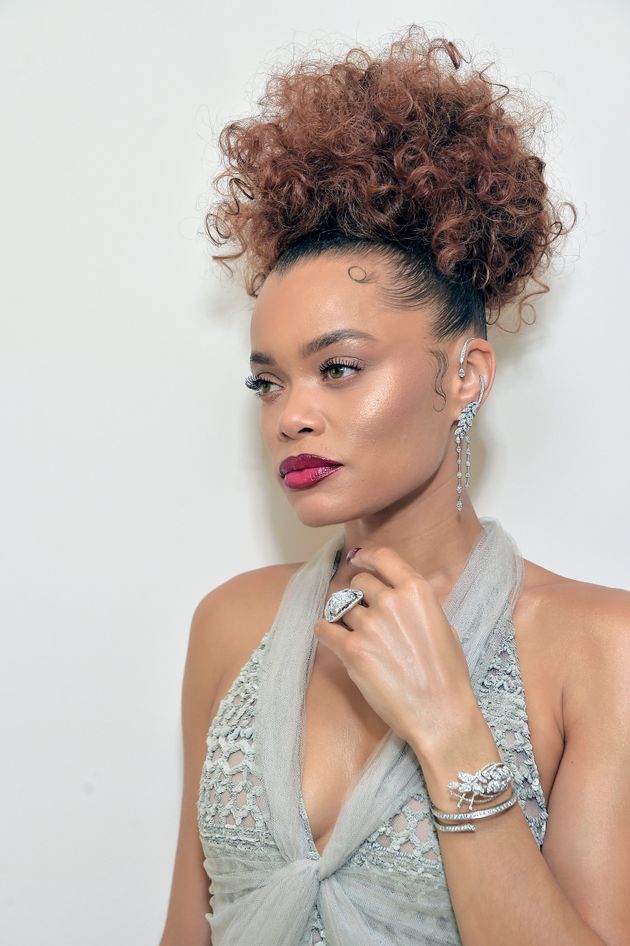 Other nominees in the category included Viola Davis for “Ma Rainey’s Black Bottom,” Vanessa Kirby for “Pieces of a Woman,” Frances McDormand for “Nomadland” and Carey Mulligan for “Promising Young Woman.”

Day was among several winners who made history during the ceremony, including director Chloé Zhao, who became only the second woman and first Asian woman ever to win Best Director.

This year’s ceremony was held as the Hollywood Foreign Press Association, which administers the Golden Globes, has faced widespread criticism for having no Black members, for failing to address a lack of diversity and inclusion and for engaging in corrupt practices.