United Nations Secretary-General António Guterres at the opening day of the COP25 climate conference on Monday in Madrid. 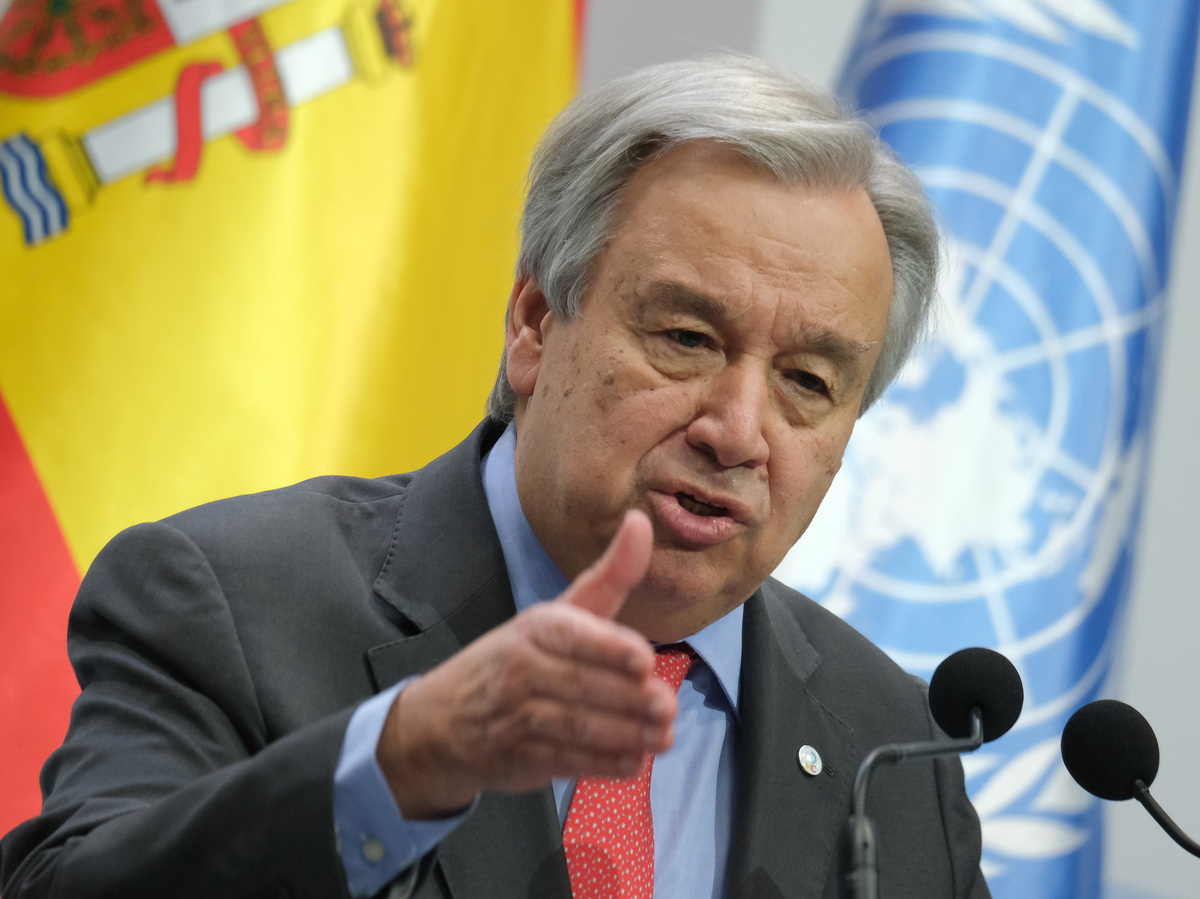 United Nations Secretary-General António Guterres at the opening day of the COP25 climate conference on Monday in Madrid.

The United Nations climate change conference began with a bracing warning: We are running late, and that is going to make this harder.

“Millions throughout the world, especially young people, are calling on leaders from all sectors to do more, much more to address the climate emergency we face,” U.N. Secretary-General António Guterres said on Monday.

“Do we really want to be remembered as the generation that buried its head in the sand? That fiddled while the planet burned?” he said.

A key objective of the conference, called COP25, is for nations to commit to how they will operationally achieve the emissions reductions agreed to in the 2015 Paris climate accord.

Countries signing the Paris Agreement agreed to limit global warming to less than 2 degrees Celsius (3.6 degrees Fahrenheit) above pre-industrial levels, and ideally 1.5 degrees. But we are rapidly losing the chance to hit that 1.5-degree mark, according to a U.N. report released last week.

Some 250,000 representatives from 200 countries are taking part. Much of the focus this year will be on China, which burns half of the coal used globally each year — making it the world’s biggest emitter of greenhouse gases. The burning of the Amazon rainforest is also a major cause for concern.

COP25 was supposed to take place in Chile, but anti-government protests and police repression there spurred Chile’s government to bow out.

Madrid then volunteered to host the two-week summit. Spain’s interim prime minister, Pedro Sánchez, said Monday that “only a handful of fanatics deny the evidence” of climate change.

President Trump announced in 2017 that the U.S. would withdraw from the Paris accord. The U.S. technically remains a member until November 2020, and its official contingent in Madrid is led by Ambassador Marcia Bernicat, a senior State Department official.

There’s another delegation from the U.S., too: House Speaker Nancy Pelosi is there with a group of 15 Democratic members of Congress.

Pelosi said the U.S. is still committed to the 2015 Paris Agreement, despite the Trump administration’s decision to pull out.

One of the conference’s best-known attendees is on her way. Greta Thunberg, the 16-year-old climate activist, had planned to go to Chile overland from the United States, where she just wrapped up a tour meeting with officials and students.

But when COP25 was suddenly moved to Spain, Thunberg needed to find a boat heading to Europe, as she eschews air travel because of its high emissions. She hitched a ride with some YouTube-famous sailors and is now slated to arrive in Lisbon, Portugal, on Tuesday morning. (The catamaran’s location can be tracked online.)

Even from a boat in the middle of the Atlantic, Thunberg kept up her Friday ritual: striking for action on climate change.