The Navajo Generating Station shut down in November 2019. The West’s largest coal-fired power plant provided $12 million in yearly royalties to the Hopi Tribe. 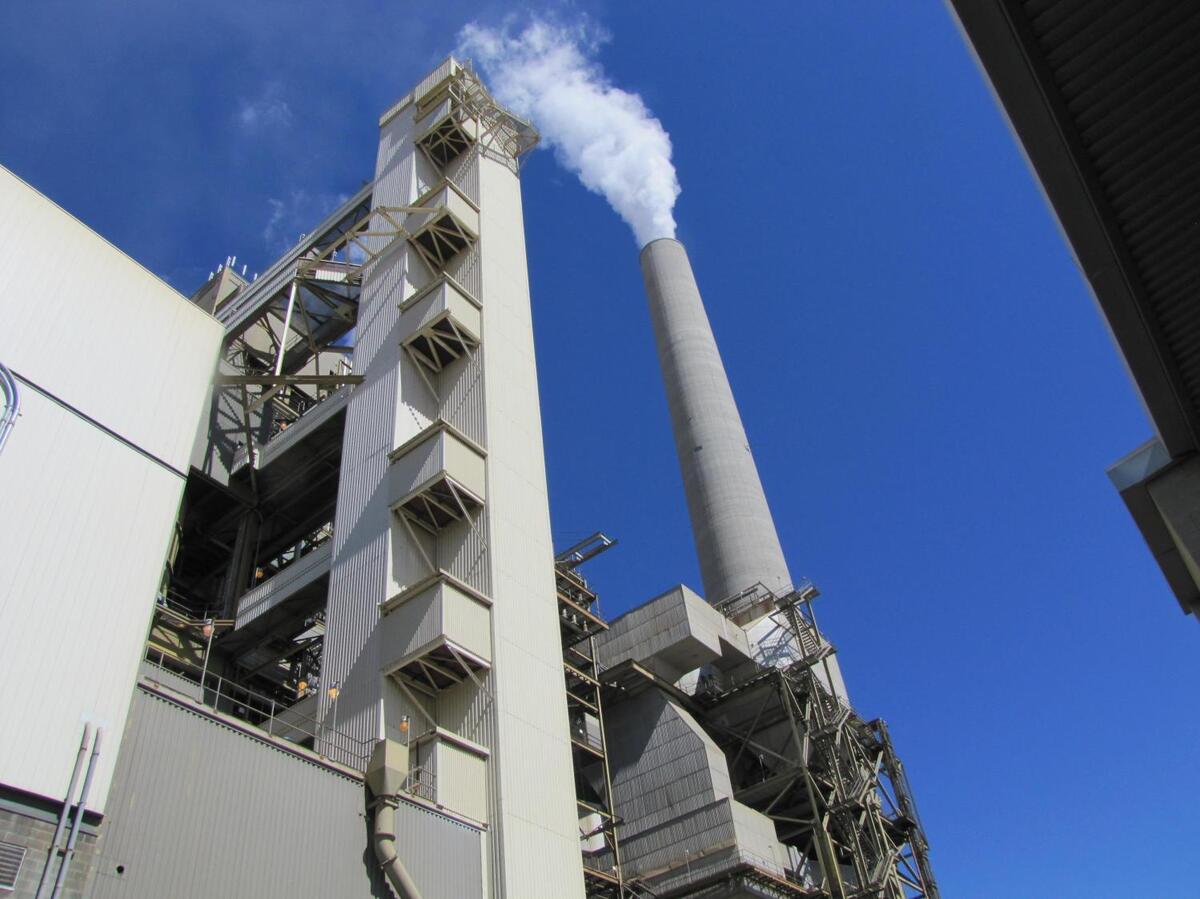 The Navajo Generating Station shut down in November 2019. The West’s largest coal-fired power plant provided $12 million in yearly royalties to the Hopi Tribe.

For decades, coal has been at the center of Hopi life, literally. In the middle of each home is a coal-burning stove that keeps families warm through the winter.

“A lot of people relied on the coal to heat their homes and ceremonial chambers, the kivas,” says Leigh Wayne Lomayestewa, who works in the tribe’s cultural preservation office. “And now we’re only relying on the cedar wood.”

But he says cedar doesn’t burn as long as coal.

“Usually at nighttime, you can put in about two or three times a night,” Lomayestewa says.

When the West’s largest coal-fired power plant shut down late last year in northern Arizona, it marked the end of an era. It took with it hundreds of jobs and $12 million in yearly royalties paid to the Hopi Tribe. That’s 80% of the tribe’s annual budget. Now, Hopi leaders are trying to figure out how to replace this economic lifeline.

Two years ago, the plant’s operators, a group of utilities, voted to shut it down. Natural gas had become cheaper than complying with the coal plant’s air quality regulations. Hopi Vice Chairman Clark Tenakhongva says that’s left both Navajo and Hopi Tribes scrambling to find new sources of revenue.

“So with really nothing right now over the horizon with what revenues we have,” Tenakhongva says, “what investments we have over the last 40 to 50 years at the level we’re operating, we could survive another six to seven years on what we have.”

That doesn’t give them much time to come up with a new way of making money. Tenakhongva says the tribe has many options. It’s just a matter of agreeing on one.

“We’ve got property in Winslow,” Tenakhongva says. “We’ve got the I-40 corridor that has mass amounts of land that could be developed. The money’s not going to come there the first two years but by 8 to 10 years we’ll have something that we can say, ‘yeah, this is the Hopi casino. Yeah, this is the Hopi ranches serving nothing but prime Hopi beef.'”

There’s also tourism. Guide Meredith Qotswisiwma drives up the switchbacks to the historic Walpi Village. She says tourism has been a challenge because of the tribe’s location. They’re isolated, completely surrounded by the Navajo Nation.

“We’re in a remote area so money-wise it’s hard for us to go out and even advertise our tourism program,” Qotswisiwma says. “So it’s really hard.”

The Hopi are working with the Navajo to build a road that would loop them into popular destinations like Monument Valley and Canyon de Chelly for tour companies coming from Las Vegas.

The tribe is even open to unusual ideas like the one pitched by engineer T.J. Agardy who came to a recent tribal council meeting. He’s proposing technology used in Germany and Japan to harvest coalbed methane and turn it into natural gas.

“When we’re done, that equipment stays here,” Agardy told the tribal council. “You now have the ability to take and power yourselves up for the next 300 years.”

He offered that long-term energy production solution and revenue stream as an alternative to the more short-term thinking of coal.

“If you look at what happened before,” said Agardy, “you’re left with an empty hole and a lot of empty promises.”

The Hopi are cautious about any of these possibilities because they’ve been burned before by the federal government, other outside investors and even by other tribes.

Vice-Chairman Tenakhongva knows many people have left the reservation and many more will follow without better economic opportunities. But Tenakhongva says he’s not going anywhere. He’s got two years left of his term. And he plans to find a solution to the tribe’s economic crisis before his time is up.

More than ever, Tenakhongva is trying to hold onto what he calls his Hopi optimism.

“The sun will come up tomorrow,” Tenakhongva says. “We will continue to live but maybe not at the level of the comforts of what we have had.”

0 0 0 0
Previous : How Jean-Georges Vongerichten Went From ‘No Good’ Kid to 4-Star Chef
Next : ‘Hitting a Straight Lick with a Crooked Stick,’ by Zora Neale Hurston: An Excerpt