John Cena revealed that he once had a mind-blowing candy craving that almost sounds too outlandish to be true.

The WWE star and “Playing With Fire” actor told Kelly Clarkson last week that he used to consume about “10,000 calories” worth of Tic Tacs back in the day.

“My thing was always Tic Tacs,” Cena said to the singer on “The Kelly Clarkson Show” Friday.

“It’s a nervous superstition that I’ve always had before we go on a broadcast and I’ve had to wean myself off of them,” he said, “because I was up to, like, three boxes a day and it’s right in the 20 minutes before broadcast.”

John Cena, the face of a man with a constant sugar high.

Clarkson said Cena’s habit was “like a child” consuming candy, and he didn’t disagree.

It’s unclear what size of box he “mint,” as a small box of Tic Tacs runs about 60 calories per container, which would mean he was either investing in Costco-size shipments of the mint or downing tons of tiny boxes. A rep for Cena did not immediately respond to a HuffPost request for further details regarding his candy consumption.

Save for his sweet tooth, the 6-foot, 1-inch, 240-pound star sticks to a strict diet, which includes oatmeal, egg whites, chicken, brown rice, fish and lots of protein shakes. 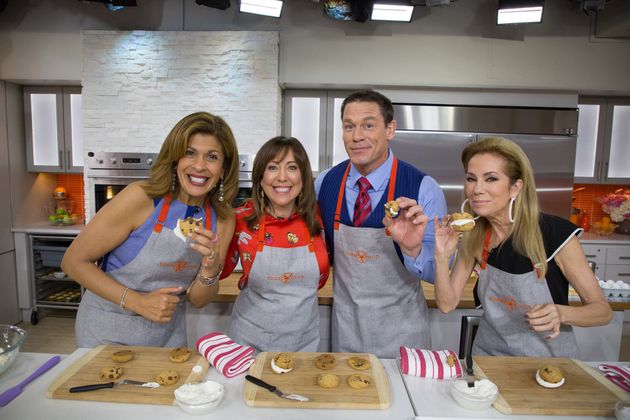 Cena, likely wishing he was eating a Tic Tac.

While Cena had no problem talking about his candy addiction with Clarkson, he also revealed something a little more risqué during a stop by “Watch What Happens Live” in June.

When a fan asked the 42-year-old if he’d ever had an “accidental boner” during his time in the ring, he didn’t dick around with his answer.

0 0 0 0
Previous : An Artist Who Makes Absurdist Paintings in a Former Church
Next : Colin Dunne Can Dance to That