Queen Elizabeth addressed the U.K. and the Commonwealth on Sunday in an effort to encourage the public and provide a sense of reassurance amid the coronavirus pandemic.

During the pre-recorded address from Windsor Castle, Her Majesty praised those working on the frontlines to fight COVID-19, the disease caused by the coronavirus, and spoke of everyone’s efforts to step up during an “increasingly challenging time.”

“I am speaking to you at what I know is an increasingly challenging time. A time of disruption in the life of our country: a disruption that has brought grief to some, financial difficulties to many, and enormous changes to the daily lives of us all.”

She also addressed how the nation has responded, saying: “I hope in the years to come everyone will be able to take pride in how they responded to this challenge. And those who come after us will say that the Britons of this generation were as strong as any. That the attributes of self-discipline, of quiet good-humored resolve and of fellow-feeling still characterize this country.”

The address took place in the castle’s White Drawing Room, which was specifically chosen to mitigate the risk of spreading COVID-19, according to The Guardian. Only the queen, who is 93, and a single BBC cameraman were present in the room.

This is reportedly only the fifth time the queen has spoken to the nation outside of her annual Christmas address. The previous times were in 1991, in regard to the Gulf War; in 1997, before Princess Diana’s funeral; in 2002, before the Queen Mother’s funeral; and in 2012, to mark her diamond jubilee.

Buckingham Palace previously announced that because of the coronavirus, the queen would be rescheduling and canceling upcoming events, including Trooping the Colour in June.

She is currently staying at Windsor Castle with Prince Philip for an indefinite period of time. A statement on the royal family’s website said that the queen was, of course, still working and having her audience with the prime minister by phone.

British Prime Minister Boris Johnson announced last month that he tested positive for coronavirus and was self-isolating at his official residence in Downing Street.

Prince Charles also tested positive for coronavirus, but is now out of self-isolation after experiencing “mild symptoms.”

“Having recently gone through the process of contracting this coronavirus, luckily with relatively mild symptoms, I now find myself on the other side of the illness, but still in no less a state of social distance and general isolation,” the Prince of Wales, 71, said in a clip released by Clarence House on Wednesday.

“At such an unprecedented and anxious time in all our lives, my wife and I are thinking particularly of all those who have lost their loved ones in such very difficult and abnormal circumstances and of those having to endure sickness, isolation and loneliness,” he said, adding that their hearts “go out to all those older people throughout this country who are now experiencing great difficulty. 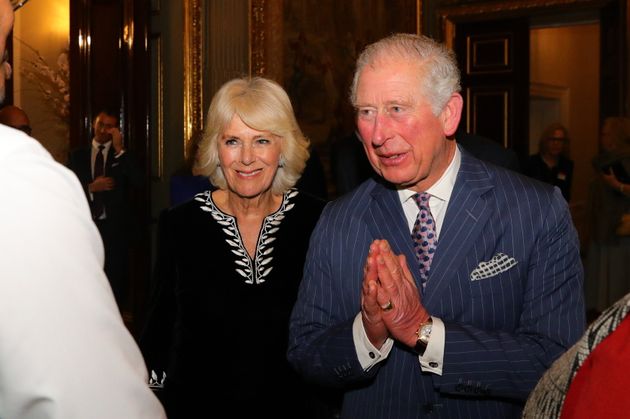 Prince William and Kate Middleton are also doing their part to thank health care workers and provide messages of encouragement.

The couple also shared a cute video of Prince George, Princess Charlotte and Prince Louis participating in the Clap For Our Carers campaign, to thank all the “doctors, nurses, carers, GPs, pharmacists, volunteers and other NHS staff working tirelessly to help those affected by #COVID19.”

A HuffPost Guide To Coronavirus