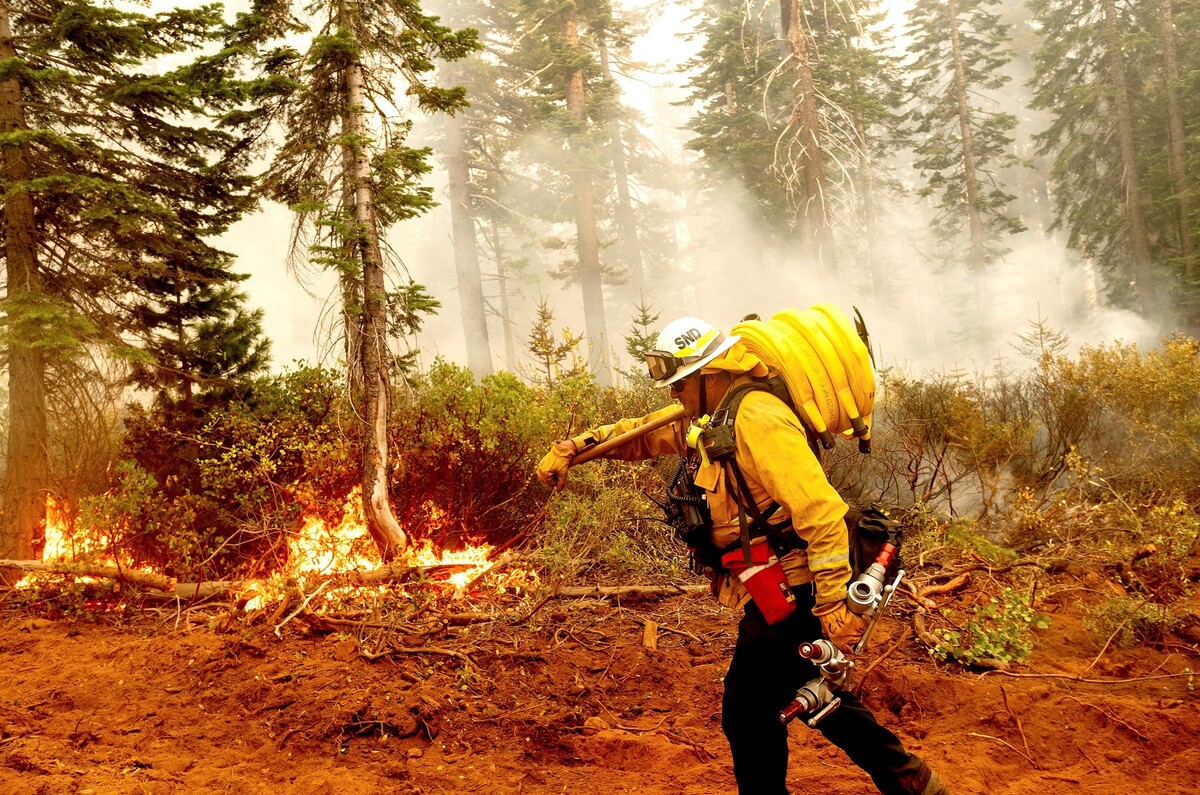 It’s no surprise in an already polarized country that debate over what’s causing the wildfires ravaging the West Coast would get partisan, especially with this being an election year.

The truth is somewhere in the middle, with the caveat that pretty much everyone in the West rolled their eyes at Trump’s bizarre assertion that raking leaves on the forest floor would reduce the fire risk.

To be clear, climate change certainly plays a central role in these fires’ alarming scale and severity, but it’s not the only reason we’re seeing such deadly and destructive blazes, especially in the iconic — and typically wet — woods of the Pacific Northwest.

1. We have a long history of stamping out wildfires

For much of the past century, the U.S. Forest Service and other government agencies have generally tried to suppress wildfires, at first to protect timber assets, and later as more people moved to the West, to keep the flames away from homes and other infrastructure.

And we’ve gotten really good at this. Every year, firefighters knock down thousands of new fire starts. It’s just the handful that have gotten away this year that are currently in the news.

But forests are also dependent on fire. A truly healthy forest needs periodic fires to regenerate, among other things. Researchers like Kimiko Barrett at the Montana-based firm Headwaters Economics call this the “wildfire paradox.”

“For a century and more now we’ve been intentionally excluding wildfires from the landscape in the effort to protect homes and communities,” Barrett says. “And in doing so we are aggravating the problem into the future.”

Suppressing all fires has made the problem worse because now the forests and brush lands are unnaturally – and dangerously – overgrown. Factor in climate change, Barrett says, and we’re in this current worse case scenario.

The country’s lead firefighting agency, the U.S. Forest Service is often called the “fire service” as firefighting now accounts for an overwhelming amount of the USFS budget.

Critics who say the government isn’t doing enough to actively manage the nation’s forests have a point. But a lot of it comes down to funding. If you’re spending most of your resources every year trying to stop fires from burning into neighborhoods and even whole cities, there’s not going to be much money left over for the kinds of projects that might actually help mitigate their severity in the future.

California and Oregon in particular are far behind stated goals of treating millions of acres of forests and wild lands through restoration projects, selective thinning of trees and brush and prescribed burning.

“The treatments they’ve been implementing for years haven’t really been at the scale that they need to be to offset a wind driven climate change exacerbated event,” says Andrew Sánchez Meador, director of the Ecological Restoration Institute at Northern Arizona University.

Experts like Sanchez Meador say state and federal agencies have also faced local opposition toward doing more prescribed burning to manage forests in the off-seasons when they don’t expect to have to endure more smoke.

“We’ve been suppressing fire forever and when people move to the West they’re used to fire being suppressed,” Sanchez Meador says. “But the one thing they need to get used to is fire not being suppressed and being put back into the landscape.”

3. These aren’t the forest fires of old. These are urban wildfires.

Here’s where things get especially messy.

In the West, there’s been an explosion of development in recent years into high risk forests that are now even more vulnerable to burning, especially with climate change. In some parts of California in particular, people are moving into these high-risk areas because it’s the only place they can afford. Regardless, scientists are now finding that these new subdivisions and whole towns are actually becoming the fuel to increase the severity and intensity of these fires.

In this era of climate change, wildfire experts say the country and policymakers need to start thinking of wildfires as an urban problem, not just a forest fire problem.

Across the libertarian-leaning West, local building codes are still pretty loose. Researcher Kimiko Barrett says county officials are eager for more tax revenue from developments and they don’t really have any disincentive to stop them because they know that the federal government has their back.

“When a wildfire [happens], it’s the federal government that comes in and pays for the suppression cost,” Barrett says. “So there’s this inverse fiscal incentive on what is happening at that local scale versus who’s actually paying for the wildfire cost.”

But how much longer the federal government will be able to sustain this? That’s an open question especially when you consider we’re not even at the peak of the traditional wildfire season in California, just as Hurricane Sally is brewing in the Gulf of Mexico.

Experts thought the 2018 Camp Fire, which destroyed close to 19,000 structures and killed 85 people in and around Paradise, Calif, would be a paradigm shift.

But it apparently wasn’t, Barrett says. And here we are again in the midst of another historic wildfire season made worse by climate change.