The Tongass National Forest, near Ketchikan, Alaska. The Trump Administration is set to remove long-standing protections against logging and development in the forest. 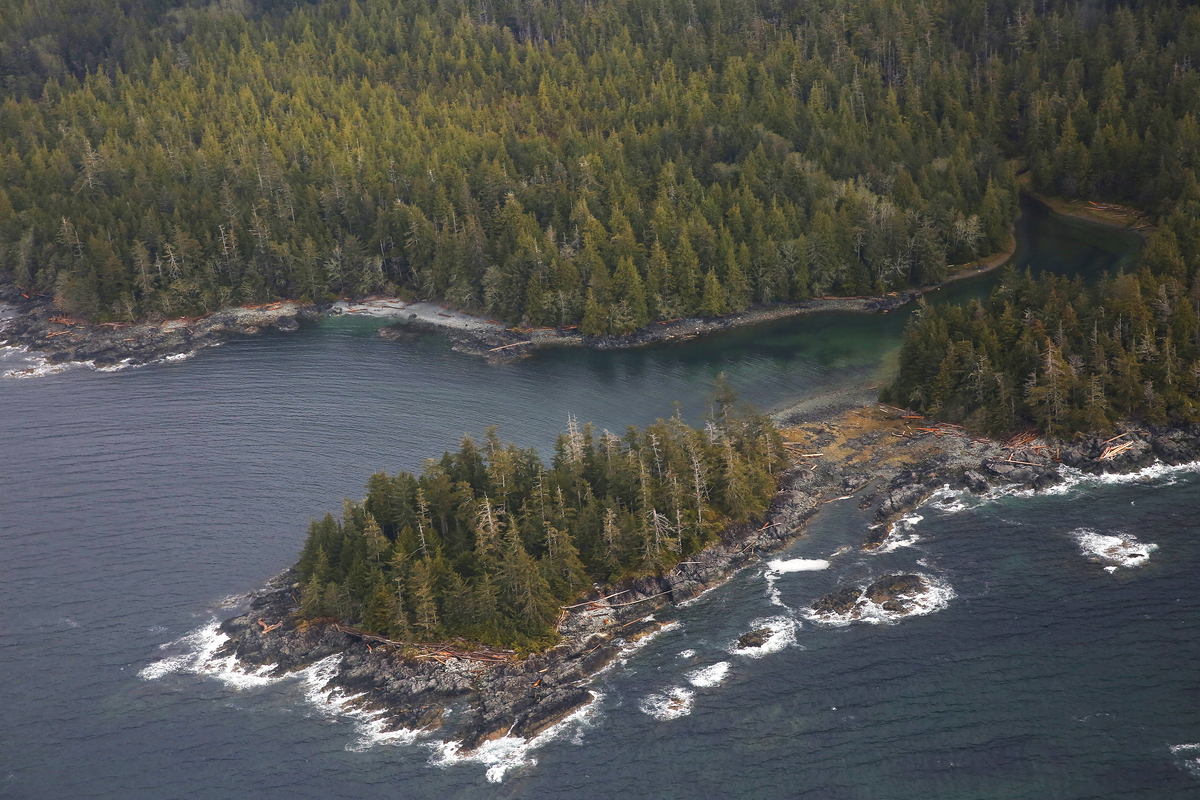 The Tongass National Forest, near Ketchikan, Alaska. The Trump Administration is set to remove long-standing protections against logging and development in the forest.

The Trump administration has cleared the way to open the country’s largest national forest to logging.

In a revised environmental impact study made public on Friday, the Department of Agriculture recommends granting a “full exemption” for the Tongass National Forest, which covers some 25,000 square miles in southeastern Alaska.

The forest is currently protected by the Roadless Rule, a 2001 policy passed in the waning days of the Clinton administration, which has long prohibited development on 9.37 million acres of roadless areas, comprising about 55% of the Tongass.

“Acres removed from roadless designation would continue to be managed by the Forest Plan and in accordance with applicable statutory instructions,” the study says.

For the last two years, the administration has been working to lift the rule in the Tongass and open the forest to logging.

The study says the rule change, which could go into effect after a 30-day period, would not cause significant environment harm.

The rule change would make the forest’s 165,000 acres of old-growth and 20,000 acres of young-growth available for timbering.

The forest plays a major role in the battle against climate change: The Tongass is an enormous natural carbon sink, holding an estimated 8% of all carbon stored in U.S. national forests.

But the rule change might not be permanent: If elected, Democratic presidential nominee Joe Biden could reverse the decision.

Those in the timber industry say that being able to log in the Tongass would give them much-needed flexibility in a difficult global market.

Andy Moderow of the Alaska Wilderness League says that the Tongass is where many Americans come to experience Alaska, but instead of fixing issues that would benefit tourism and recreation, “this administration has opted to take the road well-traveled by continuing to spend tens of millions of dollars every year to expand logging roads for a dying old-growth timber industry.”

He also pointed to the role of old-growth forests in slowing climate change.

“So why, with our climate in crisis and Alaska experiencing climate impacts more acutely than most, are we even discussing chopping down a natural climate solution and a regional economic powerhouse just to ship overseas? The timber industry is a relic of the past, and today, we should be focused on what kind of world we leave to our kids.”

“Forests are our guardians in our fight against the climate crisis, and we need forest protections more than ever if we are to avoid the worst impacts of the growing climate emergency,” Moas said in a statement. “Greenlighting logging, road building, and other destructive development in previously untouched portions of our national forests will be catastrophic for our future — both increasing pollution and limiting our ability to reduce it.”

Alaska’s Republican Gov. Michael Dunleavy and the state’s congressional delegation, including Sen. Lisa Murkowski, have supported a full exemption for the Roadless Rule, arguing that the protections are stifling the local economy.

Murkowski, a Republican, said that rolling back the rule in Alaska would only open about 1% of the Tongass to old-growth logging.

Speaking on Friday, she said the proposed rule change amounts “reasonable access for a wide variety of users,” pointing to the potential for mining, renewable energy and recreation projects.

But critics say that development in unspoiled areas of the Tongass National Forest could damage streams where salmon spawn and hunting grounds for Alaska Native tribes. Environmental groups also say removing trees for development could contribute to climate change.

Comments received last fall on the proposed change were overwhelmingly opposed, with 96% in favor of keeping the rule as is, according to an internal Forest Service document.