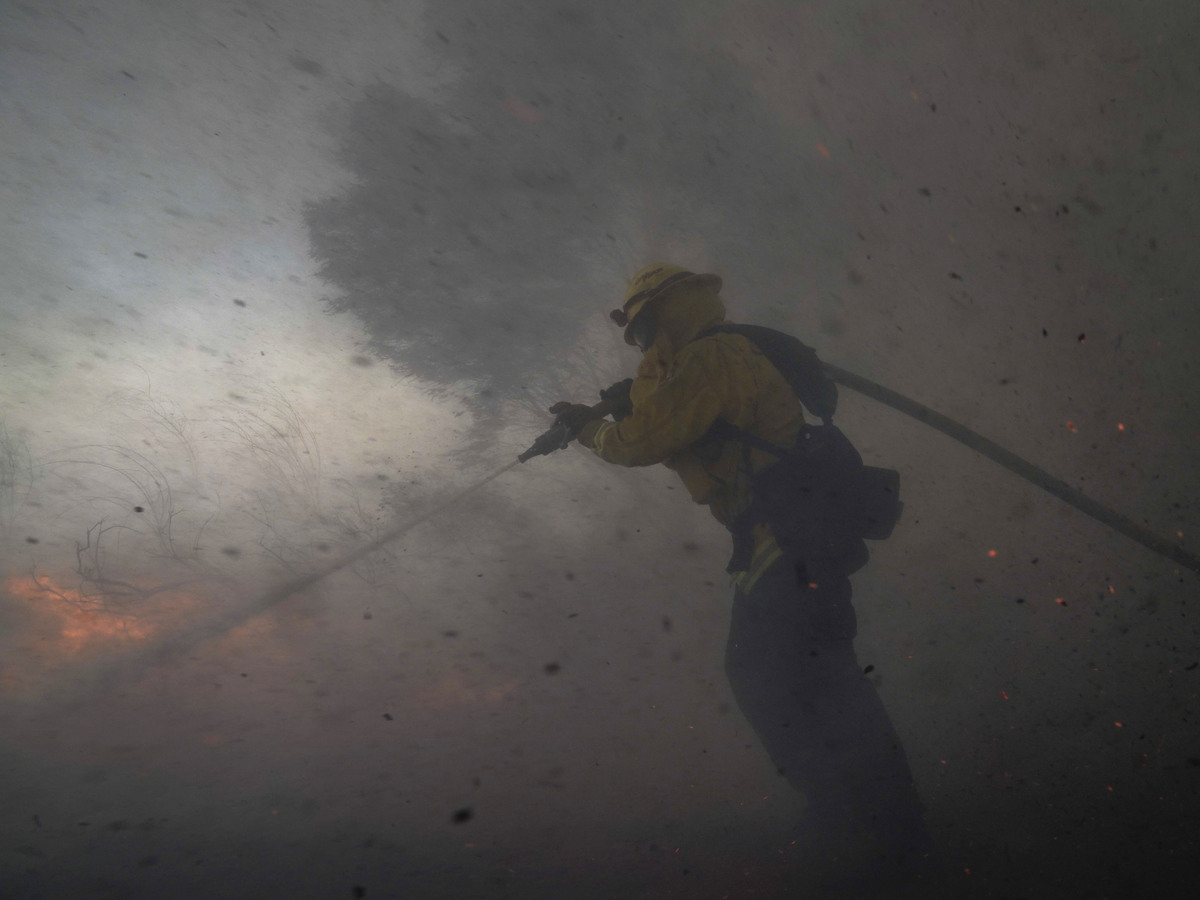 An Orange County brush fire that ignited Monday morning has left two firefighters critically injured, ravaging more than 4,000 acres and forcing the evacuation of about 60,000 residents.

Strong winds gusts up to 70 mph moving up and down California fed the flames of the Silverado Fire in Irvine, which erupted in the Santa Ana Mountains around 6:45 a.m. local time.

When it was first reported, the fire was estimated to cover about 10 acres — but by 1 p.m. the blaze had already grown to 4,000 acres, the Orange County Fire Authority reported.

It is zero percent contained.

Five hundred ground personnel are battling the fire but officials say aircraft support has been grounded due to the windy conditions.

The wounded firefighters, ages 31 and 26, are part of the Orange County fire department and were critically injured shortly after noon. Both had second and third-degree burns on much of their bodies, the department said.

A mandatory evacuation order was issued for about 60,000 residents in Irvine. A dozen schools have also been evacuated. And portions of two highways running through the region have been shut down.

“We are asking everyone to comply with the evacuation orders for their safety and the safety of our first-responders,” Irvine city officials said in a statement, urging displaced residents to seek refuge in one of its emergency facilities.

Meanwhile, a second blaze, called the Blue Ridge Fire, broke out in Yorba Linda, which is also in Orange County. That has prompted another evacuation, the Orange County Sheriff’s Department announced.

It is unclear what caused the Blue Ridge Fire or when it started, but officials say it has engulfed at least 1,100 acres.

As the birthplace of Richard Nixon, Yorba Linda is home to the Richard Nixon Presidential Library and Museum, where foundation members are preparing for the possibility of nearby flames.

With nearby #BlueRidgeFire we are taking steps to make sure Yorba Linda’s most famous building, the Birthplace of President Nixon, is protected. We will continue to monitor throughout the evening. The Nixon Library will open to guests tomorrow at 10am. pic.twitter.com/rGfcOhjV0H

The powerful winds across California prompted power to be cut to hundreds of thousands of households, in order to prevent utility equipment from sparking new fires.