People near Rocky Mountain National Park have evacuated and the park was closed after one of several fires burning in northern Colorado exploded late Wednesday. A resident took this photo from her home north of Granby, Colo., on Wednesday. 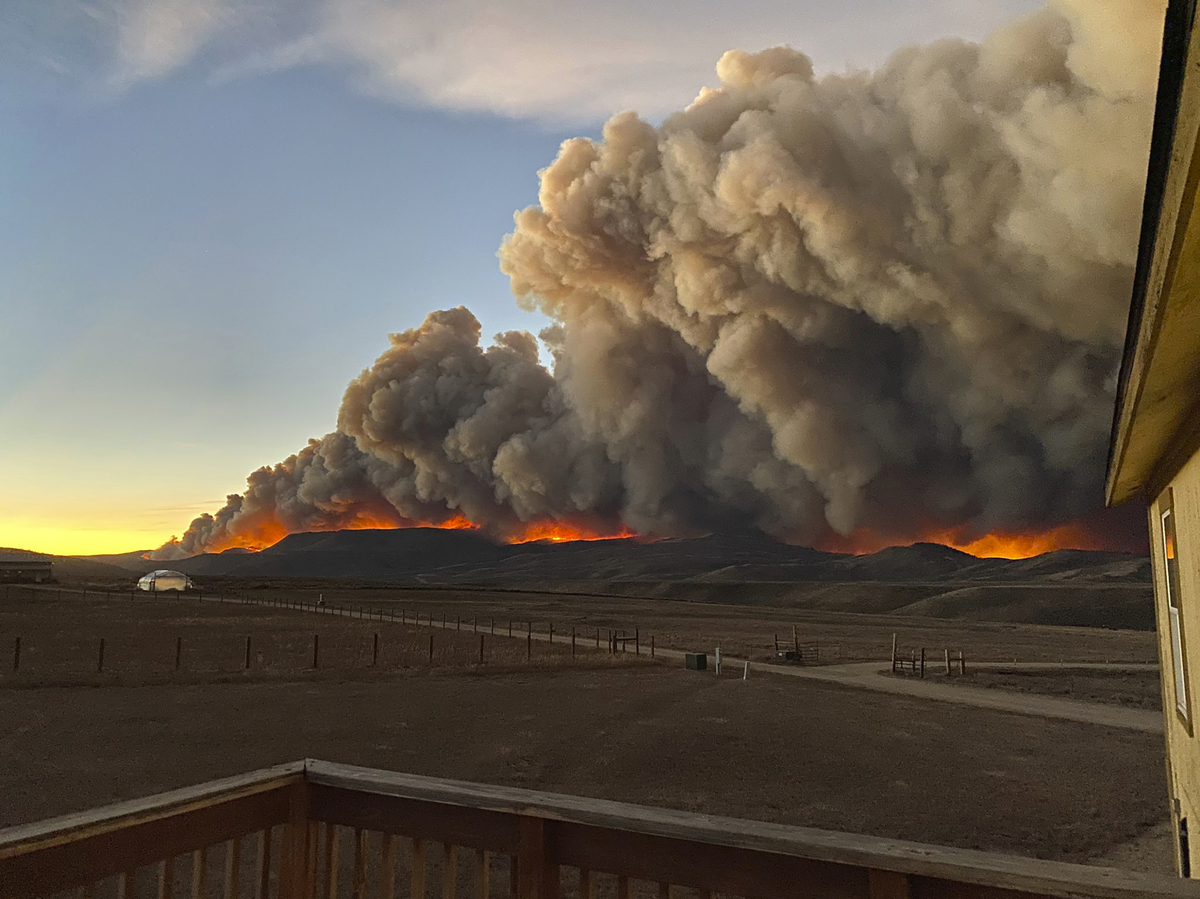 People near Rocky Mountain National Park have evacuated and the park was closed after one of several fires burning in northern Colorado exploded late Wednesday. A resident took this photo from her home north of Granby, Colo., on Wednesday.

Already battling the largest fire in state history, Colorado is now dealing with another blaze that grew by over 100,000 acres in a day.

The fire, called East Troublesome after a nearby creek has spread to more than 125,000 acres. Smoke plumes stretched 40,000 feet in the air. The town nearby, Grand Lake, was forced to evacuate.

East Troublesome is now the fourth-largest wildfire in Colorado records. It started on Oct. 14 and but overnight Wednesday it quadrupled in size.

The cause is under investigation.

Three of the five largest fires in Colorado history are from 2020. The state has battled its largest fire in history for over two months just west of Fort Collins. The fire, named Cameron Peak, continues to burn and spread to about 207,000 acres. It is 55% contained.

“By the end of September, nearly 100% of the state was experiencing some level of drought, up from 51% since the beginning of the calendar year,” according to a monthly report from the Colorado Climate Center.

There have been no reported injuries or deaths, but some residents disregarded mandatory evacuation orders Wednesday, Schroetlin said. Numerous structures were destroyed Wednesday, he said.

He had “no idea” of the extent of damages, Schroetlin said. As of Thursday afternoon, the East Troublesome fire is only 5% contained.

“We anticipate another day of large fire growth,” he said.

A media conference scheduled for Thursday afternoon was canceled after the location where it was to take place was put under a pre-evacuation order.

Ernie Bjorkman, a Grand Lake councilman, evacuated his home in a hurry Wednesday evening, Colorado Public Radio reported. He emphasized that the town will have a lot of work when residents return.

“It was basically out of a movie. It was a firestorm in downtown Grand Lake. Smoke and embers flying around. It was just a chaotic scene,” Bjorkman told CPR. “We locked the door and said, ‘Hopefully, house, we’ll see you when we get back.’ “

Reese Oxner is an NPR intern.