The Notable Netflix Movie: “Disney’s Christopher Robin” joins the service on March 5. Netflix adds quite a few movies this week, but “Christopher Robin” stands out because it debuted in theaters last August. Plus, who doesn’t have at least some childhood love for Winnie-the-Pooh? You can read a description of the movie and watch the trailer below.

The Others: “Doubt,” “Blue Jasmine” and “The Jane Austen Book Club” also stand out as new additions. But perhaps the true must-watch this week is actually “Spy Kids 2: The Island of Lost Dreams.” It appears that Netflix already has “Spy Kids 4D” but not “3D” or the original. So you won’t be able to binge the entire oeuvre of Robert Rodriguez’s cinematic masterpiece of a series.

A few Originals debut on March 8, including “Juanita,” “Lady J” and “Walk. Ride. Rodeo.” That last one has a very distinctive name, if nothing else.

And if you want to stay informed on what’s joining Netflix on a weekly basis, make sure to subscribe to the Streamline newsletter.

Streamline makes recommendations for streaming shows and movies. Every Saturday, Streamline highlights the best shows to watch online, with a focus on Netflix.

The Most Notable Movie Coming To Netflix This Week 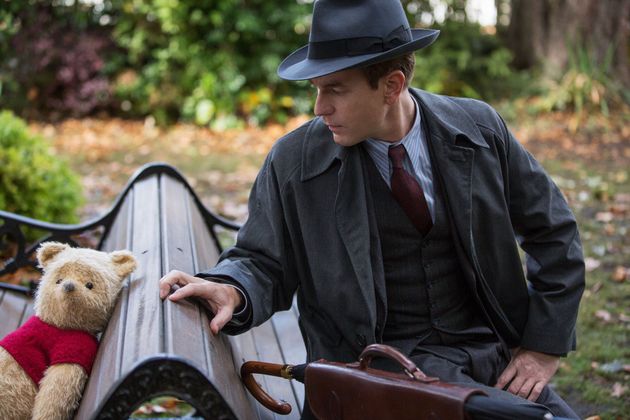 Another shot from “Disney’s Christopher Robin.

Premise: A young boy named Christopher Robin (Ewan McGregor) discovers a magical world of talking animals in the English countryside. In this deviation from the classic A.A. Milne story of Winnie-the-Pooh, Robin grows up into an adult and forgets about the animals. While struggling through a tough schedule at work and not making enough time for family, Winnie-the Pooh surprises Robin and helps him change his life.

Sum-Up: This earned solid reviews upon its debut in 2018. Besides the beautiful, stuffed-animal-like representation of Winnie-the-Pooh and his friends, adults may have little reason to watch this, but it’s still a solid kids’ movie. Most notable is that 2019 may be the last year that Netflix will get Disney movies on the service, so appreciate that contract while you can.

Heads-Up: Many reviews focused on the meandering plot, which lacks the narrative magic to make this movie interesting enough for parents to enjoy.

0 0 0 0
Previous : WWF accused of funding guards who torture and kill in poaching war
Next : Oscars Visibility (and a Discount) Bumps ‘A Star Is Born’ Back to No. 1