Japan plans to ramp up its use of solar panels, such as these shown in Yufu, Oita prefecture in 2019. 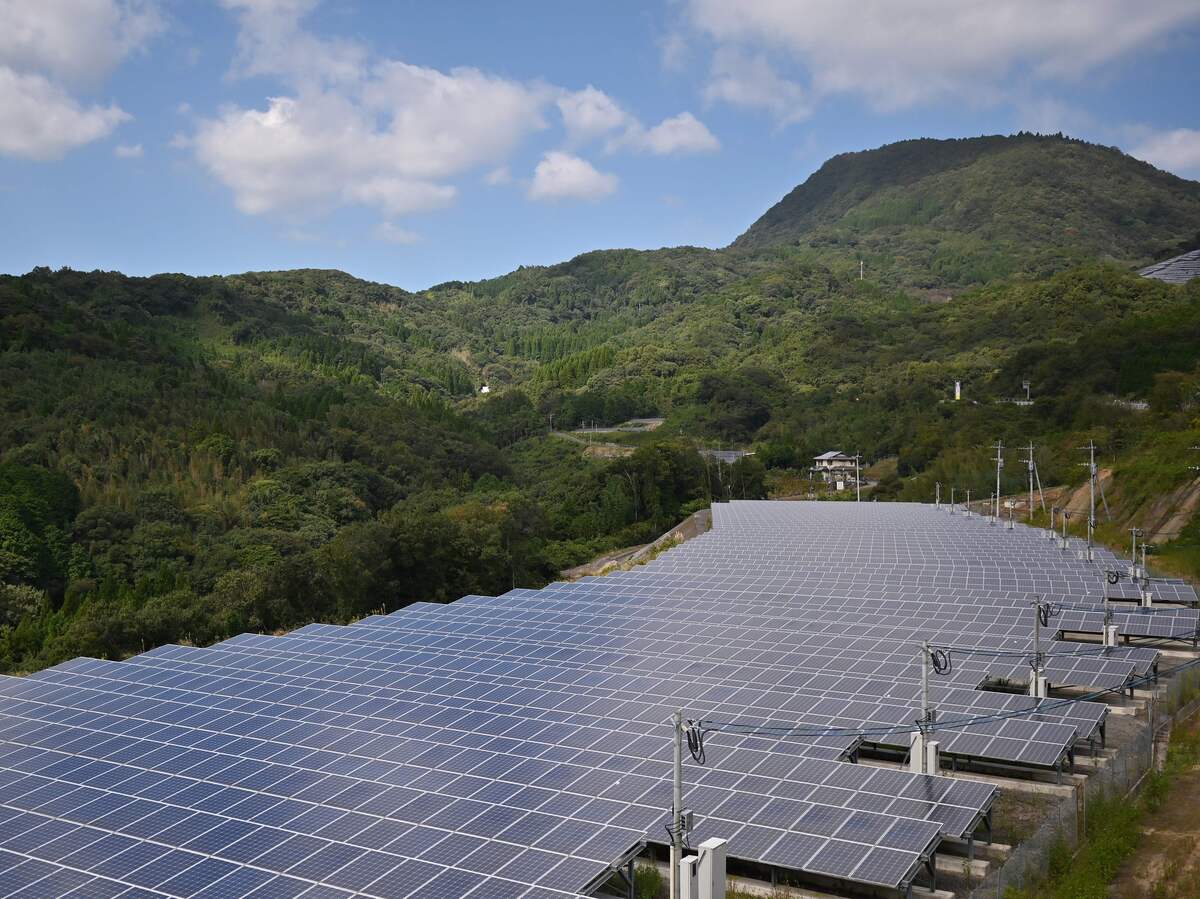 Japan plans to ramp up its use of solar panels, such as these shown in Yufu, Oita prefecture in 2019.

Japan has pledged to be carbon neutral by 2050, joining a growing list of countries aiming to stave off the worst effects of climate change.

The country’s approach will include new solar cells and carbon recycling, Prime Minister Yoshihide Suga said Monday, according to Reuters. Further plans are expected to be announced in the future. Suga took office last month.

“Responding to climate change is no longer a constraint on economic growth,” Suga said Monday, according to Reuters. “I declare we will aim to realize a decarbonized society.”

In fact, economic growth has been disconnected from greenhouse gas emissions since at least 2015, according to the International Energy Agency.

Japan has continued to invest in new coal infrastructure since the Paris Agreement was signed.

More than 60 other countries have said they’re trying to be carbon neutral by 2050, according to The New York Times.

Most of these countries are small compared to China, which produces 26% of the world’s emissions.

Scientists say global net greenhouse emissions need to be eliminated by 2050 to avoid the most catastrophic consequences of climate change.

China is the world’s largest emitter of greenhouse gases.

The United States, the world’s second largest carbon emitter, has not made any pledges to become carbon neutral. It will leave the Paris climate agreement on Nov. 4 and is the only country to withdraw from it.

Under the Paris Agreement, the U.S. said it would cut greenhouse gas emissions by at least 26% by 2025, NPR’s Rebecca Hersher and Jackie Northam reported. But the country has fallen behind to projected a 17% cut by 2025.

“This kind of operation of this magnitude and the resources required? Well, without the U.S. it has seriously damaged the international process,” Petriccione said. “There’s no question about it.”