Recovery workers are seen at New Zealand’s White Island last December. A volcanic eruption on the island killed 22 people and has led to work safety charges against tour operators. 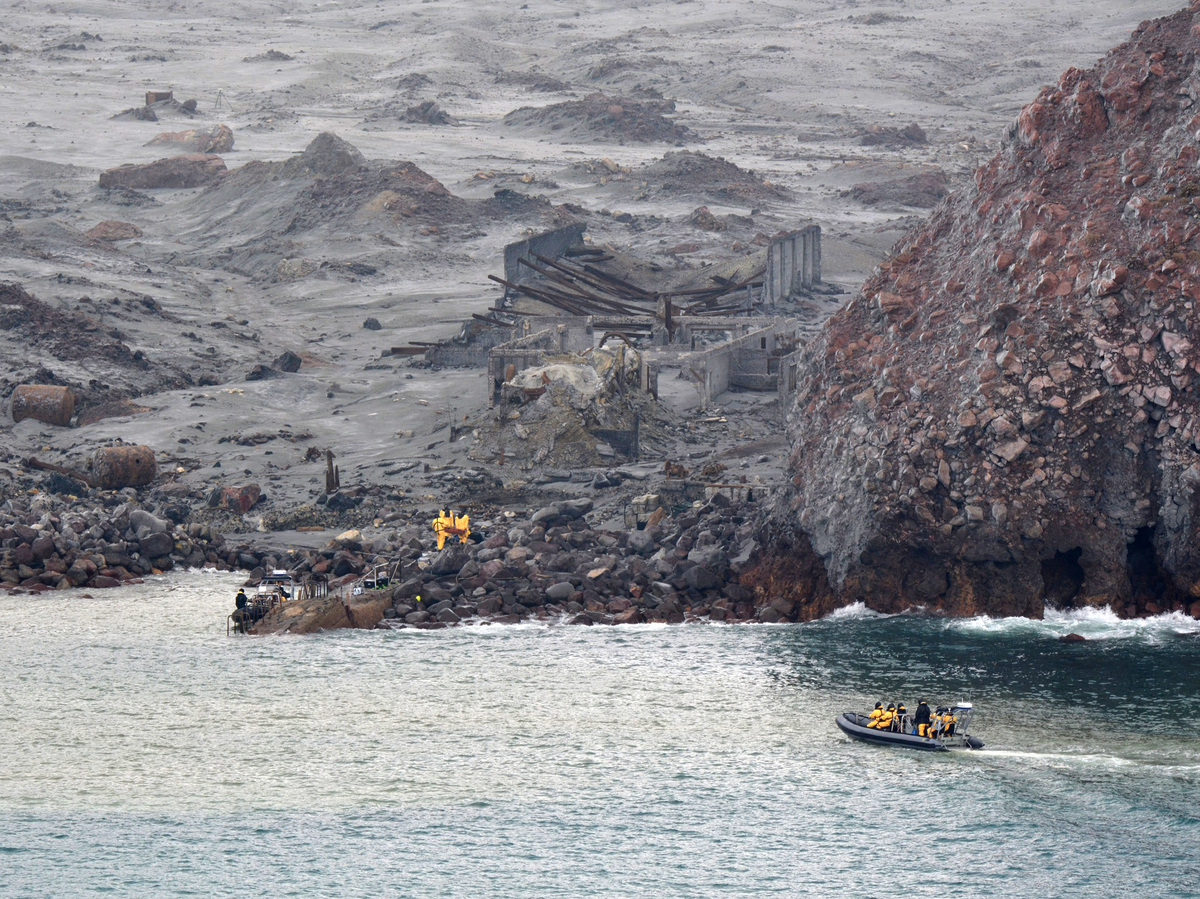 Recovery workers are seen at New Zealand’s White Island last December. A volcanic eruption on the island killed 22 people and has led to work safety charges against tour operators.

Officials say 47 people were on the island when the volcano erupted in the early afternoon of Dec. 9, sending a plume of ash, toxic gas and rocks some 12,000 feet into the sky. Rescue crews rushed to find survivors, and recovery teams spent roughly two weeks trying to find the tragedy’s victims.

The eruption was unexpected, but it wasn’t unforeseeable, according to WorkSafe New Zealand, the country’s workplace safety agency.

“Those who went to the island, did so with the reasonable expectation that there were appropriate systems in place to ensure they made it home healthy and safe,” WorkSafe Chief Executive Phil Parkes said in a statement issued Monday.

The eruption was a “hydrothermal explosion,” the U.S. Geological Survey determined.

“The volcano had been showing signs of unrest for several weeks before the December 9, 2019, explosion,” the USGS said. “In October, seismic tremors and sulfur dioxide (SO2) gas emission rates were at their highest levels since 2016, indicating an increased likelihood of an eruption.”

Everyone who was on White Island that day suffered “serious injuries and trauma,” WorkSafe said. Survivors endured major burns to their skin and lungs.

The three individuals face smaller fines, charged under a provision that requires people “with significant influence over a company to exercise due diligence” in meeting health and safety obligations.

WorkSafe has not named any of the parties, noting they have a right to ask for their names to be suppressed at their first court appearance.

White Island, which is also known by its Maori name, Whakaari, is the peak of a huge submarine volcano, rising more than 1,000 feet out of waters of the Bay of Plenty. The island is roughly 30 miles off of New Zealand’s north-northeast coast.

Those who were on the island at the time of the eruption included nine Americans and 24 Australians. Other visitors’ home countries included China, Malaysia, Germany, the U.K. and New Zealand.

The work safety charges are not related to the response that ensued after the eruption, such as rescue and recovery operations. WorkSafe says it didn’t investigate that part of the incident.

“Those actions may be the subject of other proceedings, such as a coronial inquest,” the agency says.