In early September 2020, Seattle, Wash., had some of the worst air quality in the world because of wildfire smoke. The city was among the first to create smoke shelters for the most vulnerable. 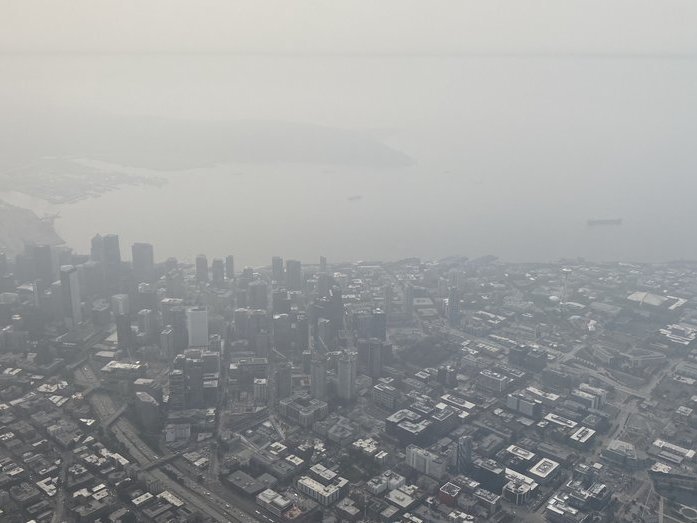 In early September 2020, Seattle, Wash., had some of the worst air quality in the world because of wildfire smoke. The city was among the first to create smoke shelters for the most vulnerable.

Tens of millions of Americans experienced at least a day last year shrouded in wildfire smoke. Entire cities were blanketed, in some cases for weeks, as unprecedented wildfires tore across the Western U.S., causing increases in hospitalizations for respiratory emergencies and concerns about people’s longer-term health.

A new study finds those concerns are well founded.

Researchers with the Scripps Institution of Oceanography at the University of California, San Diego say that the tiny particles released in wildfire smoke are up to 10 times more harmful to humans than particles released from other sources, such as car exhaust.

“[Air pollution] has been decreasing in some regions of the U.S.,” says Rosana Aguilera, a postdoctoral scholar and one of the study’s co-authors. “This is not the case in wildfire-prone areas.”

Aguilera and co-author Tom Corringham looked at hospital admissions data over 14 years in Southern California and compared that to spikes in air pollution during strong wind events. They found that pollutants from wildfire smoke caused up to a 10% increase in hospital admissions.

“We’re pretty aware of the physical costs of wildfire, in terms of firefighting costs and damage to property,” Corringham says, referencing the more than $10 billion lost in damages and efforts to corral California’s fires last season. “But there’s been a lot of work that has shown that the health impacts due to wildfire smoke are on the same order of magnitude, or possibly even greater, than the direct physical cost.”

The findings are particularly concerning, he says, given the increase in wildfire activity that California and other states have experienced in recent years, and the expectation that wildfires will become more intense and frequent as the climate warms.

An NPR analysis of air quality on the West Coast found that 1-in-7 residents experienced at least one day of unhealthy air conditions last year. For weeks, the smoke was so thick in parts of Oregon, Washington and California that public health officials urged people to stay indoors and avoid physical activities. That smoke drifted east, creating hazy skies and an oddly vibrant sun as far away as the East Coast. 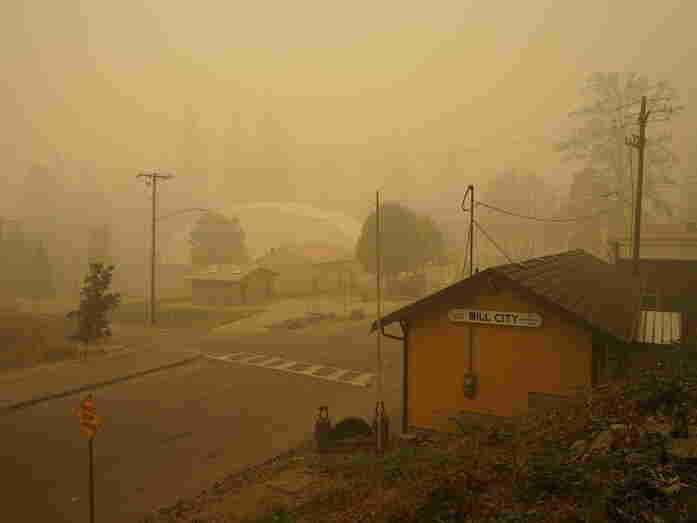 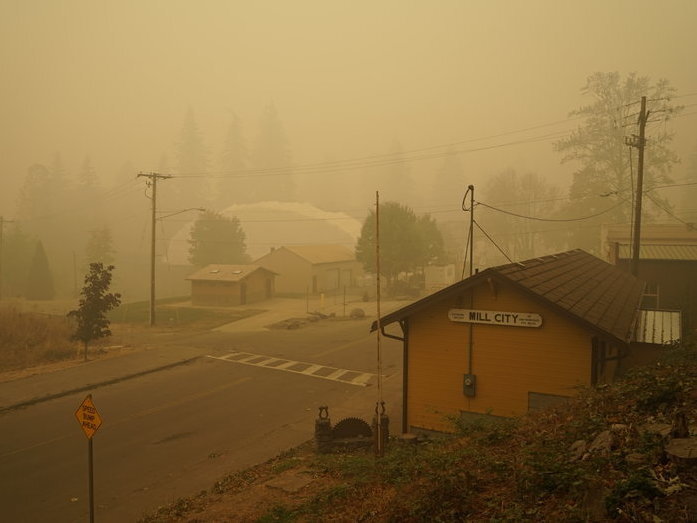 The research focused on microscopic particles, commonly called PM2.5, which can travel the longest distances.

Roughly one-twentieth the diameter of a human hair, PM2.5 particles are among the main components of wildfire smoke. They pose a health risk to people because they’re able to pass through the nose and lungs, bypassing the body’s defense mechanisms, as they make their way into the bloodstream. From there they can harm the heart, lungs and other vital organs, increasing the risk of stroke, heart attacks and respiratory problems.

There are a number of sources of PM2.5, including power plants and vehicles, but the findings indicate that PM2.5 from some may be more harmful than others.

That’s consistent with other recent research, says Sheryl Magzamen, an associate professor at Colorado State University who focuses on the health effects of wildfire smoke and was not involved in the study. And she says it’s worrisome, in part, because there’s very little people can do to limit smoke events.

“We have tailpipe and emissions standards. We have smokestack standards and we have [Environmental Protection Agency] regulations,” Magzamen says. “We just don’t have the same policy levers for smoke events.”

Another complication is the need for more small fires to prevent bigger ones. Fire is a necessary and normal process in many forests. But years of fire suppression have allowed unhealthy amounts of vegetation to accumulate on forest floors, providing unnatural amounts of fuel once fires start. Fire and forest ecologists say more regular, controlled fires can lower the risk of catastrophic wildfires, like those the U.S. has seen in recent years.

But more fires mean more smoke, both for people nearby and also downwind.

“A lot of the mitigation for exposure relies on people and households and communities knowing when to avoid smoke exposure,” Magzamen says. “We don’t have the mechanisms right now to let people understand when they’re being exposed to smoke.”

Corringham says the new research shows the need to improve air monitoring systems and public health programs. He suggests providing financial aid to at-risk populations and low income households so they can purchase air filters. And he urges action to minimize global warming.

“We’ve seen it getting much worse in the last decade,” Conningham says. “Anything we can do today to reduce greenhouse gas emissions and stabilize the global climate system will have significant benefits.”

0 0 0 0
Previous : How Rhode Island Fell to the Coronavirus
Next : Private Insurance Wins in Democrats’ First Try at Expanding Health Coverage